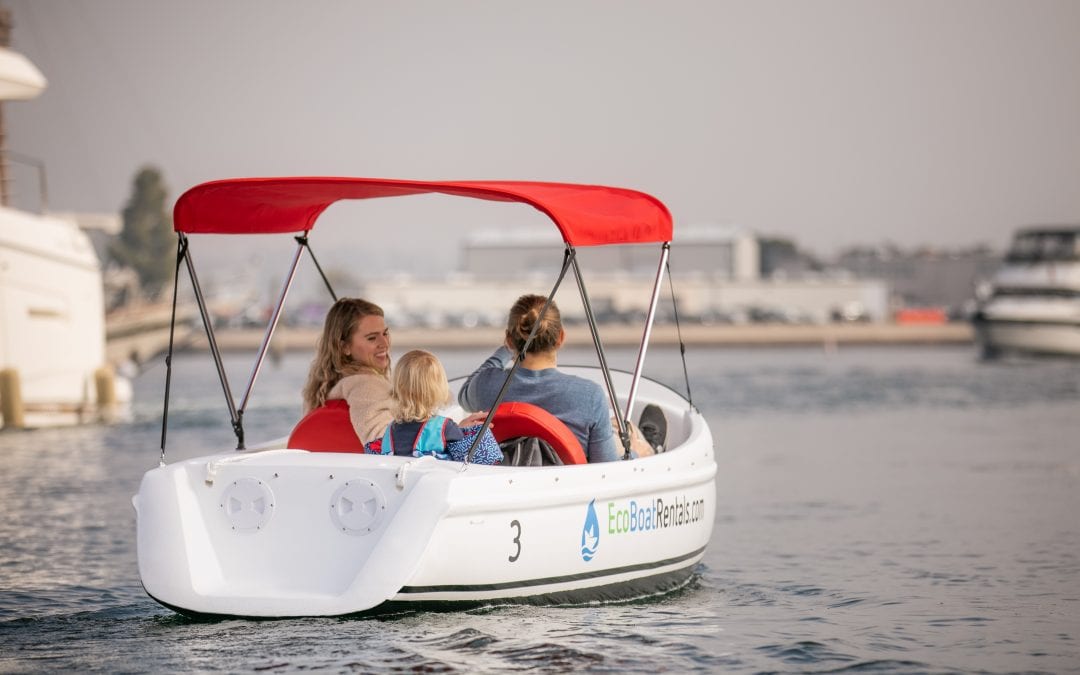 Thank you for renting with us! We are excited to have you onboard our eco pedal boat and hope you enjoy your experience. This self-guided pedal tour will give you a glimpse of what you can find during your experience, we cover a few local landmarks, wildlife trivia, and local spots to enjoy after your ride. Are you ready to take off? Let’s go explore!

We first start the tour with where you are located, you are in America’s Cup Harbor, named after the 1995 America’s Cup races that took place in San Diego, where New Zealand took home the cup in a 5–0 sweep. San Diego became one of the first locations where these sailing races became visible to the public in America’s Cup history.

Trivia Question #1: How can you tell if a sea lion is male or female?

As you leave the dock, you’ll see Point Loma Seafoods which is known for the best scallop sandwich in town. Owned by the Christianson family, Point Loma Seafoods has been serving high-quality seafood since 1963. The restaurant and seafood market began with the simplest idea, “Sell the highest quality fresh fish, prepare and serve hot on the freshest sourdough bread covered with our fresh homemade tartar sauce.” The building that you see today was constructed in 2010 on the same property as the original building.

Trivia Question #2: How many gallons of water can a pelican hold in its pouch?

Trivia Question #3: What does the name Cormorant derive from?

The boats you are seeing now are a combination of privately owned and commercially owned boats. You’ll see a mixture of powerboats, catamarans, sailboats, and yachts.

Trivia Question #4: What bird can drink both fresh and saltwater?

Trivia Questions #5: What baby bird can run, swim, and find food after a little more than a day of being born?

As there is always more to cover in this dynamic area, we are at the end of our Self-Guided Pedal Tour. We hope you’ve enjoyed your experience around America’s Cup Harbor and with Eco Boat Rentals. Let us know your favorite fact from the self-guided pedal tour in the comments below.

#1: Male sea lions’ fur color is chocolate brown as females are lighter, golden brown color. Another key difference is the size of the sea lion, males are much larger than females reaching up to 600 to 850 pounds. Female sea lions are anywhere from 200 to 250 pounds.

#2: Three gallons of water! Which is 2-3 times what it can hold in its belly.

#4: A Seagull, which most animals cannot do.